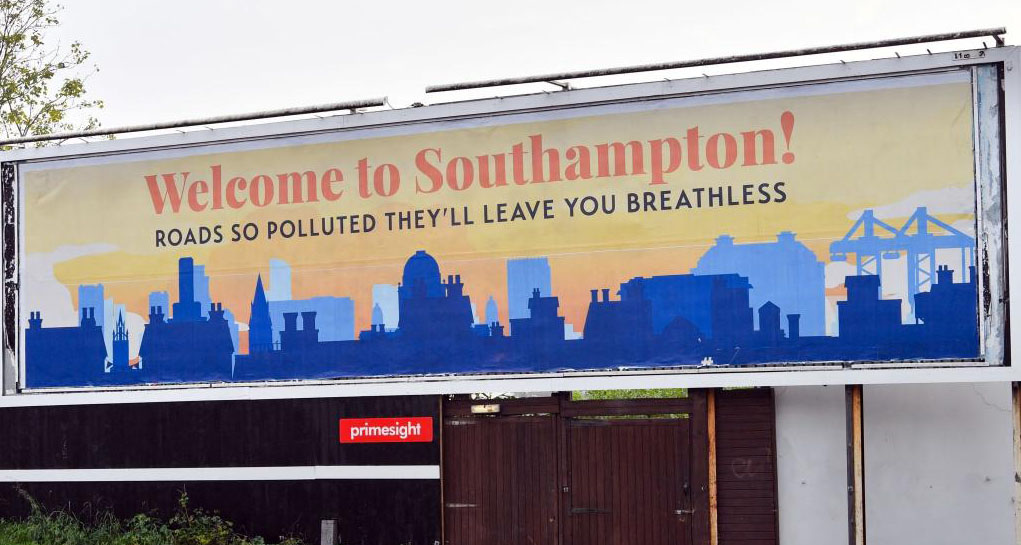 Following the public consultation on the Clean Air Zone last summer, Southampton City Council has decided against introducing a charging zone, and has now proposed other measures aimed at achieving the legal limit for Nitrogen Dioxide in the city. The council’s updated documentation has been published here, ahead of the Overview and Scrutiny Management Committee meeting later today (Wednesday 16th January, 5.30pm).

We commissioned an expert to review these updated reports and her analysis is available here.

We have submitted this analysis together with the following summary to the Overview and Scrutiny Management Committee. Our request to give a short spoken submission to the Committee has also been approved.

1. The third of Lord Garnham’s tests (as established in the second case brought by ClientEarth) may not be met with a non-charging Clean Air Zone. His three tests are: (a) as soon as possible (b) by the quickest route possible and (c) by a means that make that outcome likely. The City Council appears not to have fully considered the issue of “likely, not just possible” because there are several locations where exceedance remains a possibility, given the uncertainty in the modelling.
2. There are seven points on the periphery of the city boundary (along the M27 and M271) which will remain in exceedance in 2020 and which are the responsibility of Highways England. A Class B Clean Air Zone would have had a significant impact on the concentrations along the motorways as well as along Southampton City Council roads. There is no information in the public domain about Highways England’s plans for meeting the limit value in these locations. We shall be approaching local MPs to ask if one of them is willing to ask a Parliamentary Question to find out what Highways England are doing to ensure compliance along the motorways, as this is so important for the City.
3. The cost-benefit analysis shows the net benefits of implementing a Class B Clean Air Zone appear to be in excess of £15m over the period 2020 to 2030 and also avoids the deliverability risks of non-charging options. Why was this dismissed during the decision-making process?

The Cabinet will be meeting on 22nd January at 10am in the Guildhall to consider the updated proposal for the Clean Air Zone. 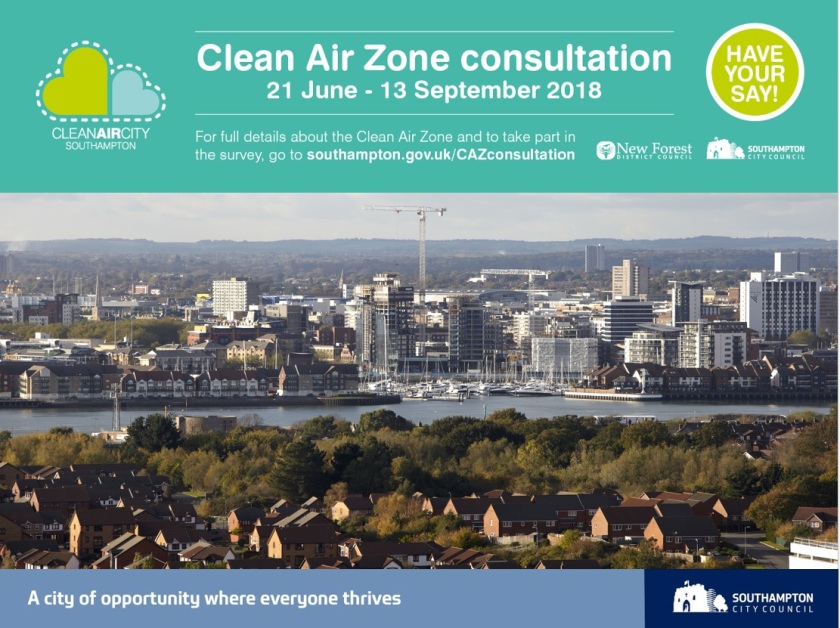 On this page is our submission to the Southampton City Council (SCC) Clean Air Zone (CAZ) consultation 2018[1]. It comprises a large number of comments and questions based on the background documentation provided by SCC and guidance documents from the DfT/Defra Joint Air Quality Unit (JAQU) (only available via a request under the Environmental Information Regulations). In order to be able to formulate these (as yet unanswered) questions, it has taken a significant amount of time for 2 people to read all the documents; a 2 hour meeting with the Chief Scientific Officer & Senior Communications Officer at SCC; plus attendance at 2 Open Meetings on the CAZ consultation. We have worked on air quality issues for Clean Air Southampton for over 3 years and as such are not laypeople with respect to the topic of air quality.

Our questions and concerns document is available here: https://cleanairsouthampton.files.wordpress.com/2018/09/questions-concerns-re-caz-consultation-4-sep-18-web-v3.pdf

In view of the large number of questions, we commissioned an expert review of the consultation documents. This is available here: https://cleanairsouthampton.files.wordpress.com/2018/09/1863-techncial-note_southampton-caz_31_aug_2018.pdf

We submit these comments, questions and the expert report as evidence that the consultation process was:

(a) not transparent;
(b) not accessible to laypeople; and
(c) does not meet Justice Garnham’s three tests of compliance.

[2] Asthma UK has data showing that Southampton has a higher rate of emergency admission for asthma than anywhere else in the south of England: https://www.asthma.org.uk/get-involved/campaigns/data-visualisations#Hospitalisations (take the slider on the right of the page up to 140)

April 24th, 2018
Do you have a question about tackling air pollution in Southampton?

Do you have a question about tackling air quality in Southampton?